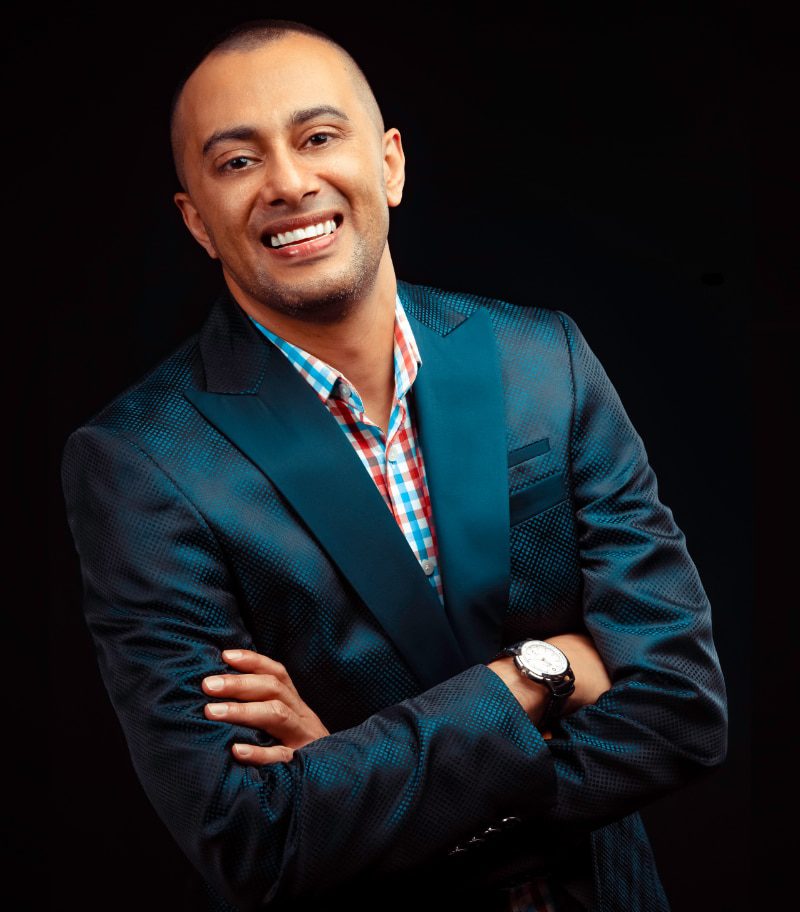 Abdullah Verachia is a sought-after global speaker, advisor, practice strategist and innovator. He is adept at fusing practice, education, insight, empathy and experience together to add significant value at all levels. Abdullah has served in senior executive and board roles, crafted competitive strategies for leading companies and governments around the world, lectured at some of the top-ranked business schools globally and also built and run a number of successful companies.

Abdullah serves as CEO of The Strategists, where he plays an active role in assisting companies and organisations to craft competitive future strategies and build innovation functions. He is renowned for his expertise in building ambidextrous organisations.

With significant expertise in strategy, innovation and disruption, Abdullah facilitates numerous high-level strategy sessions and breakaways for companies and governments, and is an authoritative speaker on the world stage regarding these matters.

He has led strategy, innovation and consulting assignments in an array of sectors including banking, mining, finance, asset management, construction, insurance, legal, audit, FMCG, telecoms, retail and automotive. Abdullah and his team have consulted and guided more than 200 global multinationals firms (listed and non-listed) to build disruptive, ambidextrous organisations, with a focus on building success in the now and the next.

Abdullah led the team that crafted the 2017-2030 Gauteng Economic Development Strategy in association with the province’s Premier and Executive Council. He also led the 2017 Mauritius Competitiveness foresight strategy and continues to play a vital role on the Oxford University and Gates Foundation programme on South Africa in a Digital Age.

Having presented and consulted in more than 60 cities globally, Abdullah has been recognised as a leading speaker, disruptor, strategist and thought leader on disruption and the interplay between strategy and disruptive innovation. His experience makes him a sought-after global speaker in these areas.

In December 2017, Abdullah received a standing ovation at the acclaimed TEDx Euston in London. Abdullah was also invited to be the keynote speaker at the 2018 World Speech Day. Having built numerous disruptive and truly innovative companies, Abdullah is able to fuse experience, insight, strategy and expertise into a beautiful and relevant tapestry that has application to companies and organisations around the world.

Abdullah has delivered presentations around the world to leading listed firms, international organisations and governments. He has captivated audiences in Beijing, Shanghai, Shenzen, Mumbai, Bangalore, Dubai, Singapore, Kuala Lumpur, Hong Kong, Accra, Dar Es Salaam, Nairobi, Frankfurt, Munich, Copenhagen, Madrid, Paris, London and New York. Some of the world’s leading institutions, including the School of Public and International Affairs at Colombia University in New York, TEDx Euston, the OECD Paris and Casa Asia in Madrid, are among the acclaimed bodies that have invited Abdullah to present at their events.

Abdullah is a PhD candidate with a focus on strategy and dynamic capabilities.

Abdullah has also completed a number of executive programmes namely:

Abdullah is the author of ‘Disruption Amplified: Reset, Rewire, Reimagine Everything’, which was published in 2020. He also co-authored a book on the commercial corridor between Africa and India, and contributed to ‘The Book Every Business Owner Must Read’.

Abdullah sits on several boards and also serves as an EXCO advisor to leading companies. Companies and organisations have found Abdullah’s unique blend of legal, business, emerging market, digital, strategy, innovation, academic and human capital experience to add significant value to their organisations. Many companies have gone on to build successful, long-term partnerships with Abdullah as a trusted EXCO advisor.

An ability to advise and guide senior leaders and teams to build disruptive and ambidextrous organisations sets Abdullah apart and has solidified his reputation as a globally sought-after advisor and strategist.

Abdullah has presented to over 250 global companies and institutions and has been recognised for his incredibly powerful addresses on disruption and disintermediation. He has been asked to present at some of the world’s leading institutions including the School of Public and International Affairs at Colombia Univercity in New York, the OECD in Paris and Casa Asia in Madrid amongst others. In December 2017 Abdullah received a standing ovation at the widely acclaimed TedxEuston in London.

Abdullah is the Chief Executive Officer of ‘The Strategists’ – a leading strategy consulting firm that helps governments and corporates craft competitive future strategies. He serves as faculty at GIBS and programme director for the Harvard Senior Executive Programme for Africa.

Serving on the board of General Electric in South Africa, Education Africa and The Collective Genius. Abdullah previously served as Executive: International at Rand Merchant Bank as well as partner and co-founder at Frontier Advisory. He is also the co-founder of a leading motor industry disruptor. He led the team that crafted the 2017 – 2030 Gauteng Economic Development Strategy with the Premier and Executive Council. He also led the 2017 Mauritius Competitiveness foresight strategy.

Abdullah is also a regular media commentator and is currently co-authoring a book on Leading in a changing world – the future of disruption. Abdullah also serves on a few boards. Companies and organisations have found Abdullah’s unique blend of legal, business, emerging market, academic and youth experience to add incredible value to their strategies. He has received numerous leadership awards including being selected for the Brightest Young Minds in South Africa.

Looking forward to insightful conversations together!